Lately I have been asked, or even rebuked, for shortening my name, as some have felt that I’m abandoning something, or indeed giving in, in some way. “But Saleem Abboud Ashkar sounds so beautiful and special”, they protest.

Alas though, it is time to reveal the trials and tribulations of living and working in the classical music scene with a triple Arabic name. For, I have heard and seen my name in the wildest variations imaginable. Misspelt, stuttered and altered. Even, in one case, replaced by a Bollywood DVD cover, but we’ll come to that later.

Let’s start at the beginning. My double family name, Abboud Ashkar, is deeply connected to the history of my family, as it is the result of my great grandfather’s conversion to Protestantism (which, rather like Henry the Eighth, had to do with divorce and marriage). That great grandfather was apparently blond (although probably not very), so his side of the Abbouds – the Protestant side – became called the Blond Abbouds, “Ashkar” meaning “blond” in Arabic. Amusingly, though, amongst the many different meanings for Abboud, one of them is “very dark skinned”. Now that’s a healthy way to start life, carrying a name that is a contradiction in terms…!

I have been called “Mr. Abdul”, seen my name spelt on an artist room as “Abdud” (Valencia), been officially thanked at an after-concert reception as “Salam Abu Shakar” (Copenhagen), and praised in a newspaper as “the wonderful pianist, Akbar” (Melbourne). Once, in Ottawa airport, I wasn’t allowed on the plane because my name was spelt wrong on the ticket. Several times I’ve seen the fear on conductor’s faces as they introduced me to the orchestra.

The anecdote I hold dearest, though (and the one I tell time and time again to my wife’s utter boredom), is the one in which I landed in Copenhagen airport and searched in vain for a driver supposedly waiting for me at the arrivals hall. Eventually, I gave up and made my way to the normal Taxi stand. However, just as I was leaving, I saw a man holding up a DVD cover. I stared at him. He stared back at me, and suddenly I was startled to hear him utter a version of my name in a hesitant, questioning voice (I’m now trained to find a reflection of my self in all kind of phonetic utterances, and this is not driven by my ego, believe me). Low and behold, he was my driver! Upon enquiry as to what the DVD cover was for, he earnestly explained that, as I am Indian (new one!) and he could not find a paper in his car to write my long name on but happened to have this Bollywood DVD, he thought that if he held it up I would understand that it was meant for me. Sure, that makes total sense!!

And so, after fifteen years of this, I raised the white flag and dropped Abboud. Still, I have to admit it was somewhat half hearted until I came across this: 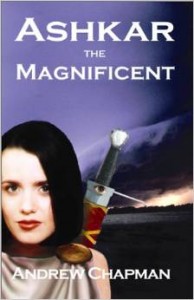